ARC REVIEW The Third to Die by Allison Brennan 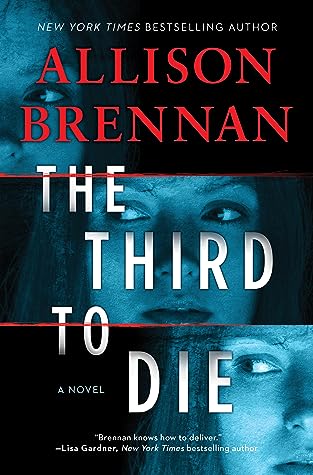 The first book in a new series by Alison Brennan, the Mobile Response Team is a new team not even fully formed yet that's lead by SAC Mathias Costa. Mathias is still trying to get his profiler and friends to not quit profiling and join the team and the cast that landed on his desk is just the one to do it, The Triple Killer. Kara Quinn is an undercover LAPD detective and due the the events of her last case she's on administrative leave. Her boss and friend recommended she get out of town, so she went home to Liberty Lake, Oregon. It turned out to not be quite the vacation she needed when she finds the body of a nurse by the lake the first victim of the Triple Killer.


Mathias and a few others go to Liberty Lake, the point of MRT is to help aid rural area PDs that aren't otherwise capable of handling situations like this. Ever three years this killer strikes they haven't yet determined victimology but it's the same way all three time and every crime scene is clean not evidence and what they have found isn't in the system. Mathias is determined to catch the guy this time. Kara having several good friends on the local PD force and being the one who found the first victim has a few idea she' not afraid to share. Mathias' initially thought she's could be trouble or she could be helpful and she is a little bit of both. Kara gives some helpful insight and the profiler digs deep enough to discover just who this person is and why he's killing. But, will they be able to stop him before he kills again?

This is mostly a mystery/thriller but there is a romantic element between Kara and Mathias. It's not a full on romance as there is no HEA. Like with the Lucy Kincaid series, I believe, the ongoing story of Mathias and Kara romance will go through the series. Overall, this was a great read. I enjoy Allison Brennan but I haven't read one of her books since before Luck Kincaid got her own series. I loved the flawed characters, Kara has a lot going on for her with her upbringing and her current career path. Their profiler Dr. Catherine Jones lost her sister to a serial killer recently and had a crisis of faith in her job. Mathias, well not much is said about him yet but I'm hopeful and Brennan doesn't disappoint. This was a fantastic first for the new series and I'm already looking forward to the next to see where she lead the MRT next.