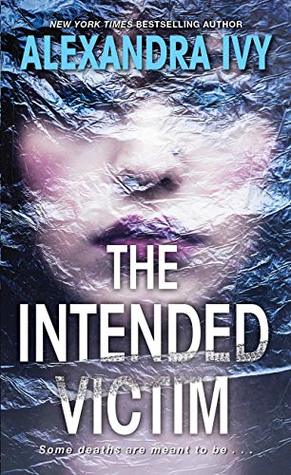 The Agency #4, A standalone, the main characters in this one is brother to the main character in the previous book but that is where the connection ends. Ash Marcel was a Chicago PD Detective until his partner mysteriously disappeared, with the amount of blood left at the scene they all assumed he was dead, and his relationship to his partner's daughter/fiancee ended, now he's a professor. Five years ago Chicago was plagued by a serial killer the press named The Butcher, but after an unsuccessful attack on Remi Walsh and the disappearance/death of her father the murders stopped. Remi was never the same after that. Now, five years later Ash's brother Chicago PD Detective Jax Marcel walks into this classroom telling him The Butcher is back and Remi is dead, only it's not Remi she just looks almost identical to her.

Ash knows it's only a matter of time before The Butcher goes after Remi again and figures he's the best person to protect her. Not just because she's in danger and she's the daughter of his old partner but because he still loves her. Remi still loves Ash also but she's worried things won't go back to the way they were. As Ash and Remi dig into the old files and try to figure out what they missed all those years ago Jax investigates the recent murders.

Overall, it was a great read. It was an intense and interesting read with a good mystery and a nice second chance romance. I really liked Ash and Remi they are a good pair. I do hope Jax is next to get his own story.