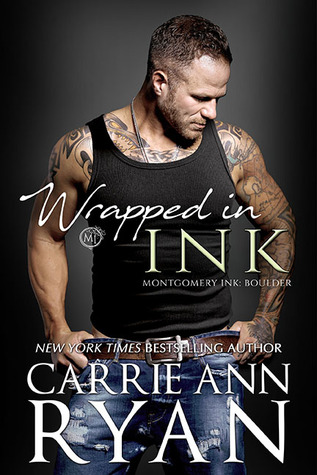 Montgomery Ink: Boulder #1, More Montgomery cousins. Liam is the eldest of the Boulder cousins became a model at a young age, he also knew when to retire from that lifestyle he has since become the famous L.M. Berry an action adventure/sci-fi-ish writer. Arden Brady has been living with Lupus since she was young and since her unpredictable illness may flare up at any time she got into a job that allows her to work from home and from bed if the occasion calls for it, she is a professional researcher for authors and also writes and maintains series "bible" helping them keep track of everything pertaining to their book series. Liam and Arden meet at the hospital, Arden is suffering from a flare up and Liam saved his sister from an accident at a wedding. Despite not looking her best Liam and Arden still flirted and ended up with Arden giving Liam her phone number. Liam finds out something that changes his whole world, he feels like his whole life has been a lie. It was pure happenstance or just plain fate that Liam and Arden ran into each other a couple weeks later and have coffee together turns out they have quite a bit in common, for instance Arden does research for his books.

Arden deals with her attraction to Liam and fears that this relationship will be just like her other one and leave her heart broken she tries to keep herself distant from him, it doesn't help that he's sweet and kind and even her three very overprotective brothers like him. Liam, after finding out the truth, is dealing with an existential crisis. Arden was just supposed to be a distraction to get his mind off his family and his book but the more he becomes attached the harder time he has dealing with it, he can't even figure out what his characters are doing. Liam has to figure things out one at a time before all the pieces come together and if Arden lets her heart open to him and lets go of her fears.

Overall, another lovely, emotional, sexy story from Carrie Ann Ryan. I loved Liam and Arden. Liam and his identity crisis and Arden's battle with her own body and her mind and them falling in love such a good read. AND Arden's brother are getting their own series eventually YAY!